NiSi Natural Night Filter Reviews – Before and After

The NiSi Natural Night filter has been designed with the primary function of cutting the most common wavelengths in artificial lights. These types of filters have always been used in the observation and photography of the deep sky but have rarely been adapted for use on photographic lenses.

The Natural Night filter is available in 75×80, 100x100mm, 150x150mm square and circular from 40.5 to 95mm, it can be used on the NiSi V6, V5 PRO, V5 ALPHA and with the 150 or NiSi S5 holders. In this article, we see all the tests that several photographers around the world have made and how to make the most of this filter. For a guide to shooting and post-production with Natural Night you can read this article.

Natural Night filter in the city

The use of the Natural Night filter in urban areas is recommended for various reasons, including the removal of halos of light pollution, reduction of the intensity of artificial light sources and a better white balance (not uniform but selective). These corrections can be made in post production, but, especially for the selective reduction of light pollution, they must be made with great attention and precision. In addition, starting from a “cleaner” file in post-production allows you obtain a less artificial result and a higher overall quality image. Let’s see some examples. 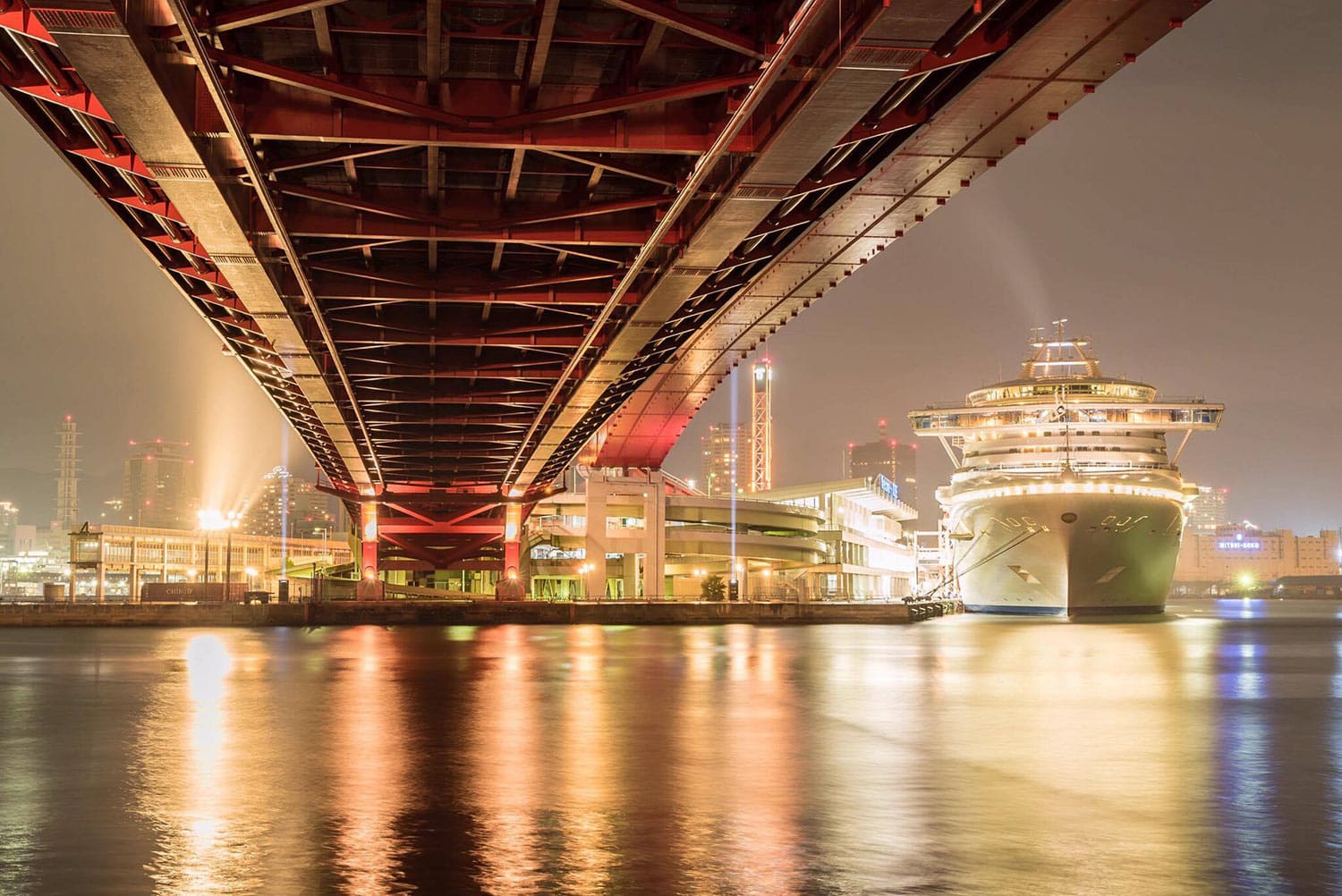 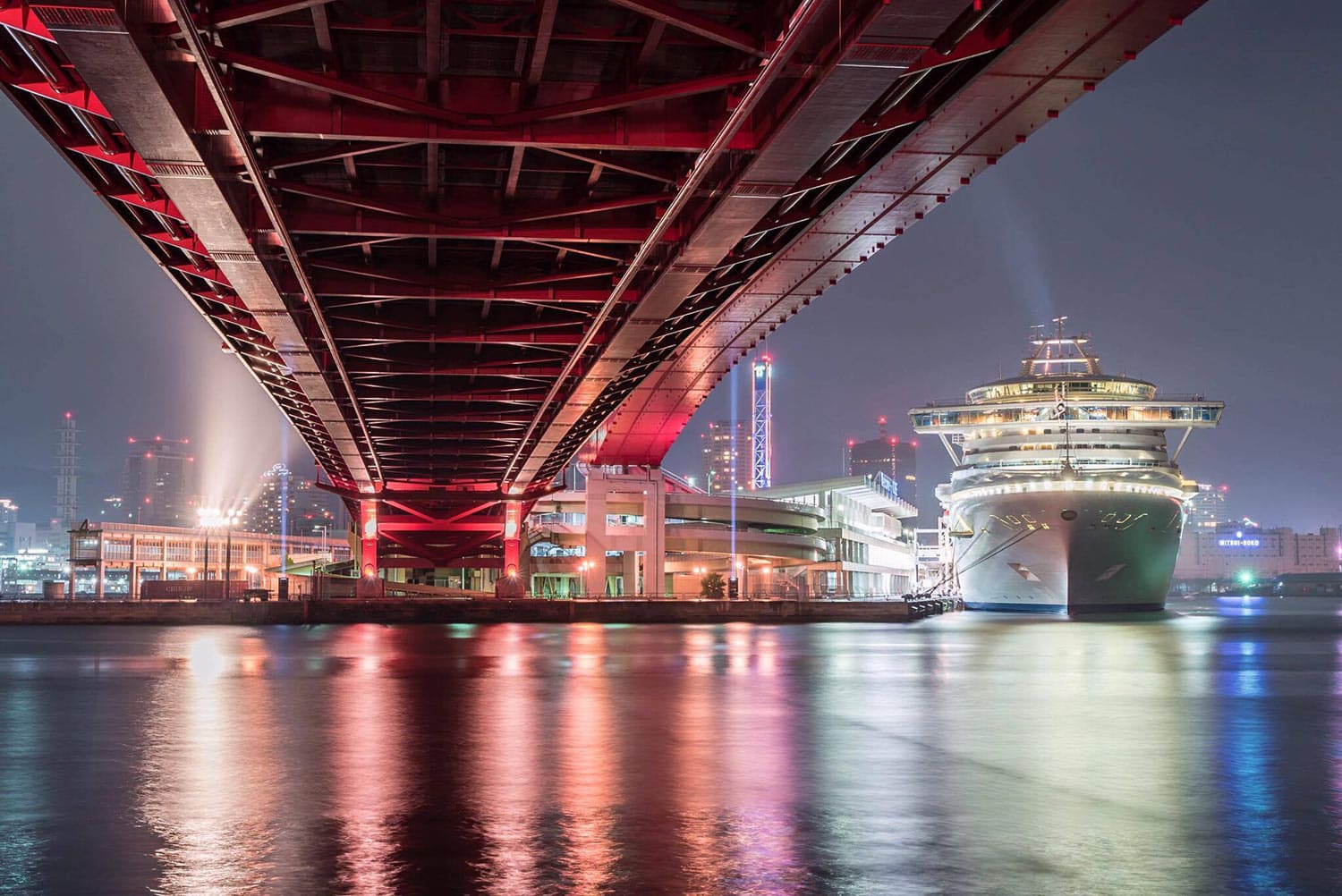 As we can see from this shot, the photo with the NiSi filter presents a very strong attenuation of the yellow cast and an improvement in the contrast. Looking closer,  we can see a reduction in intensity in the highlights and an increased readability in some areas of the photo. Below is another example with more distant lights. 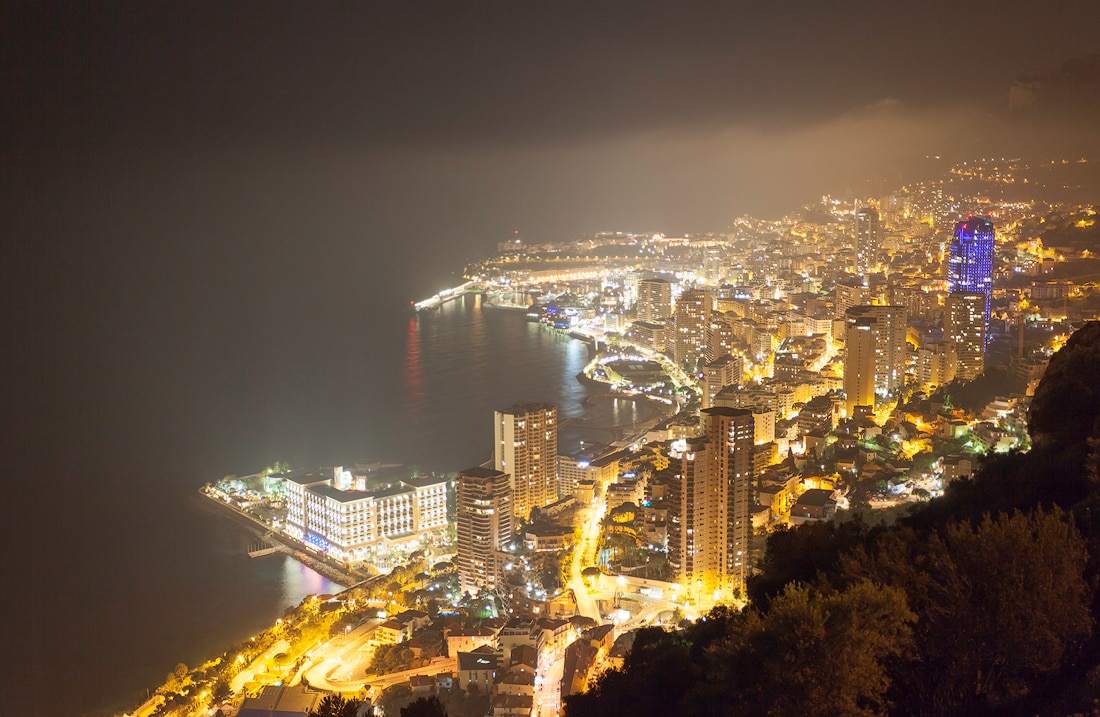 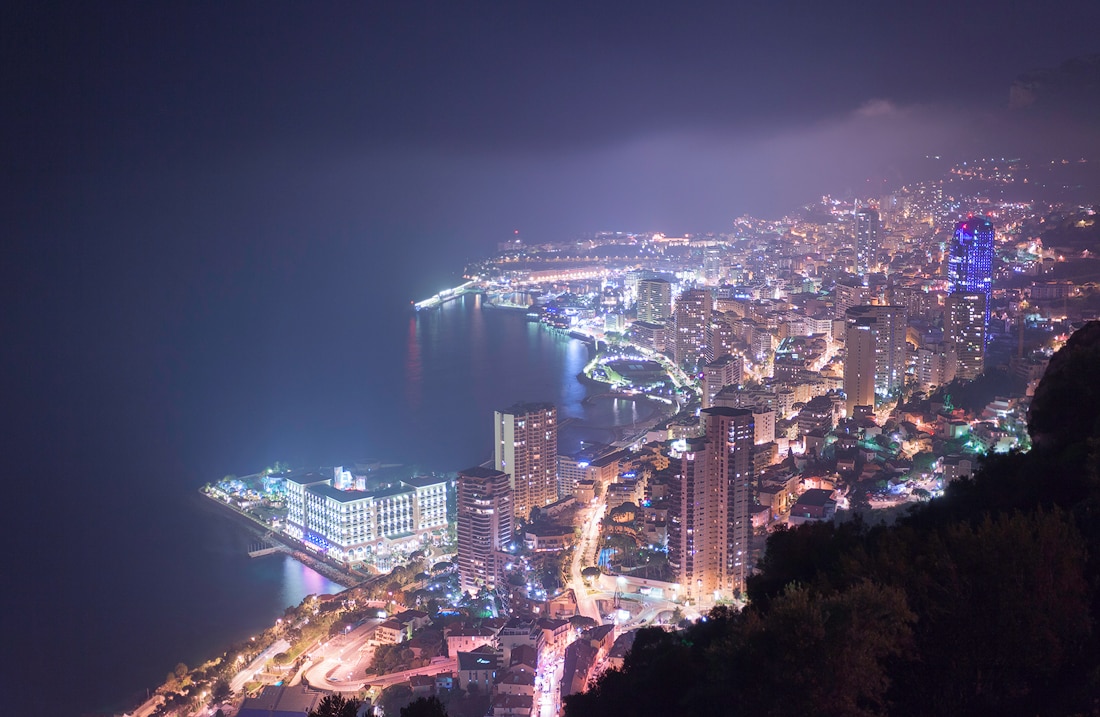 The presence of low clouds has led to a wide spread of light pollution in the city, but with the Natural Night a good part of the yellow cast has been removed. All that remains is to slightly reduce the reds and increase the green by a few points in post production to obtain a much more balanced photo.

This represents very few corrections for a very balanced night shot compared to what you would normally have to do. To learn more about shooting and post-production with Natural Night, we recommend this article.

Now let’s move further away from the city.

This test outside the city shows the effectiveness of the filter when light pollution is mainly present as a glow in the distance, rather than in a dominant position in most of the photo. In this environment the NiSi Natural Night filter is particularly useful, in fact the presence of halos of light pollution only in some areas leads many photographers to use the filter in order to selectively remove these aberrations. Getting an excellent starting shot for post-production. 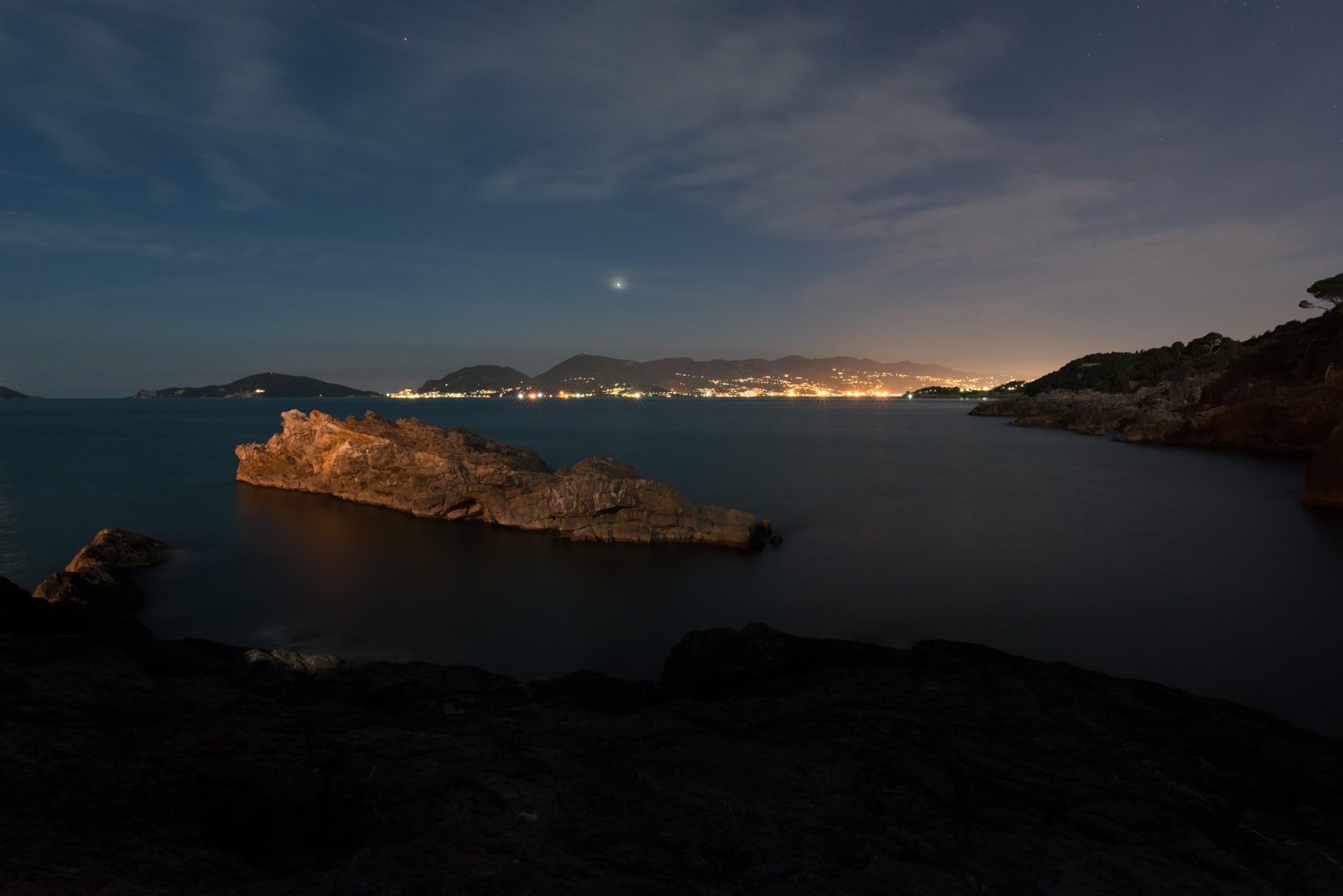 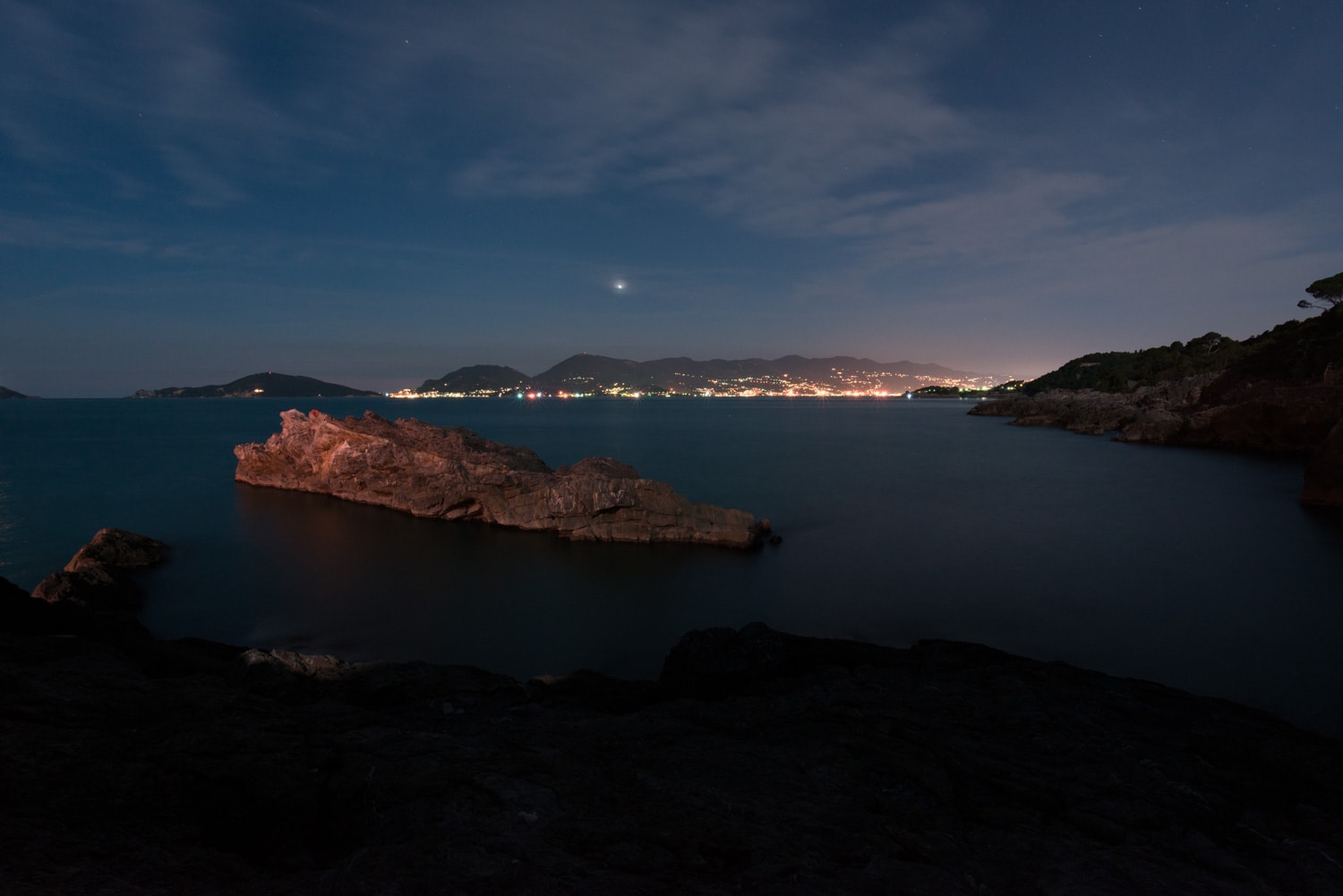 When the city lights are further away, the reduction of the pollution of the Natural Night filter is evident. Here are some crops highlighting this point. 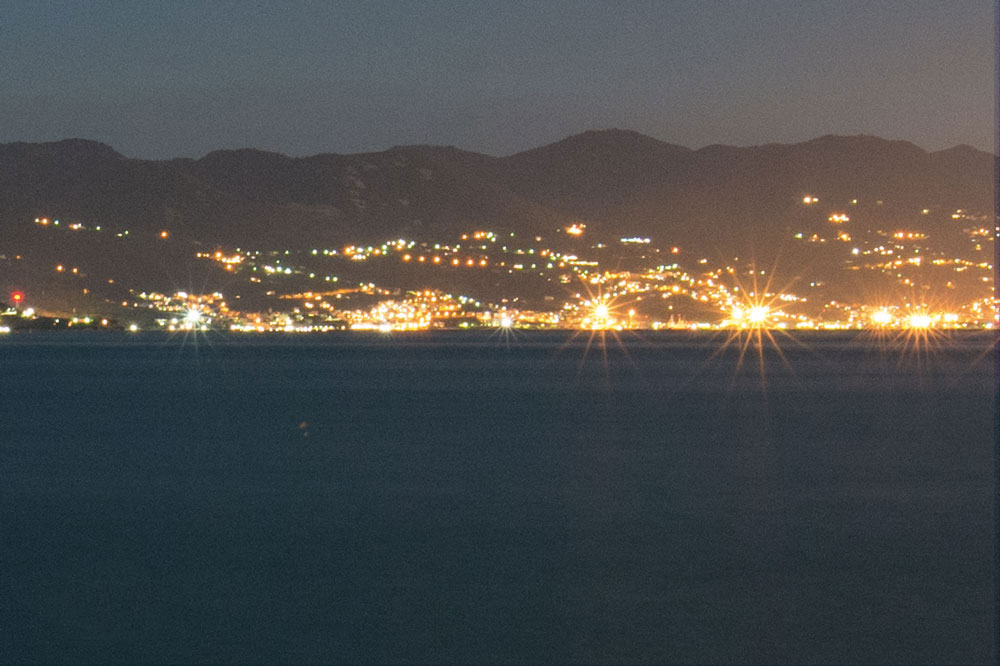 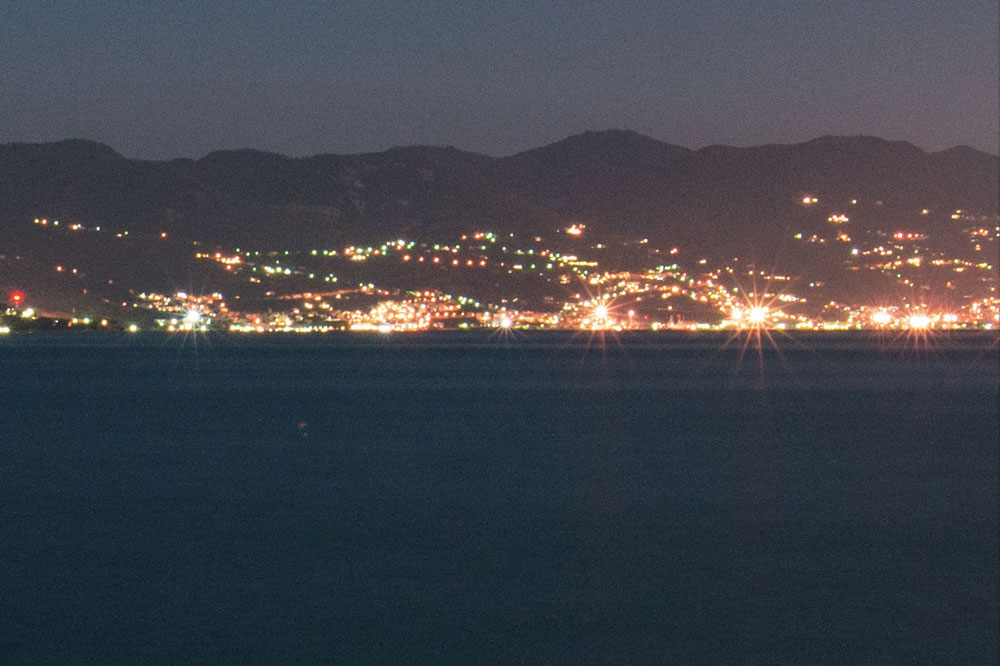 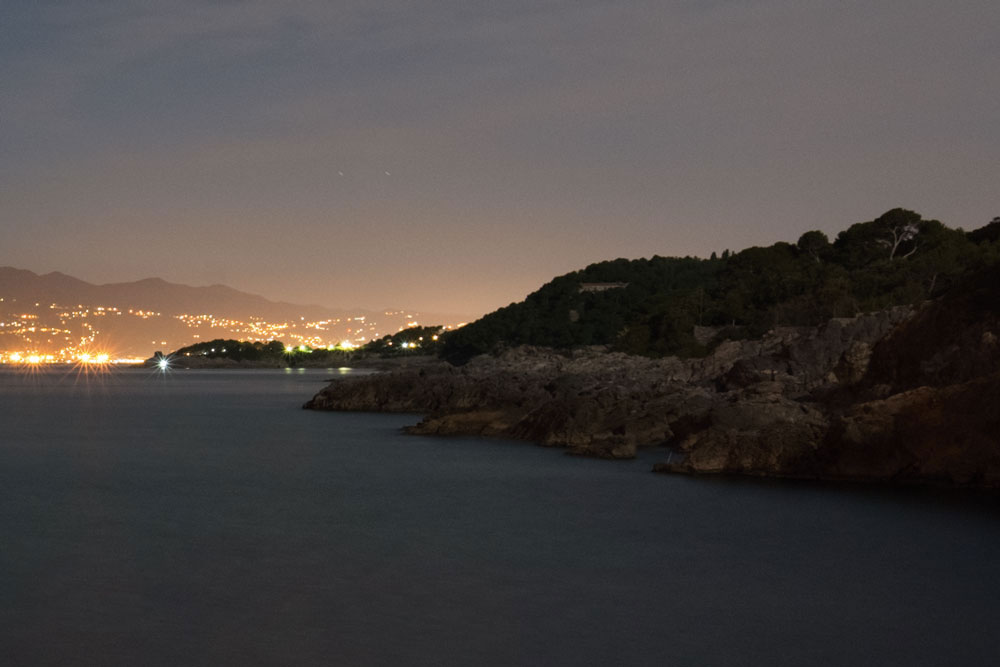 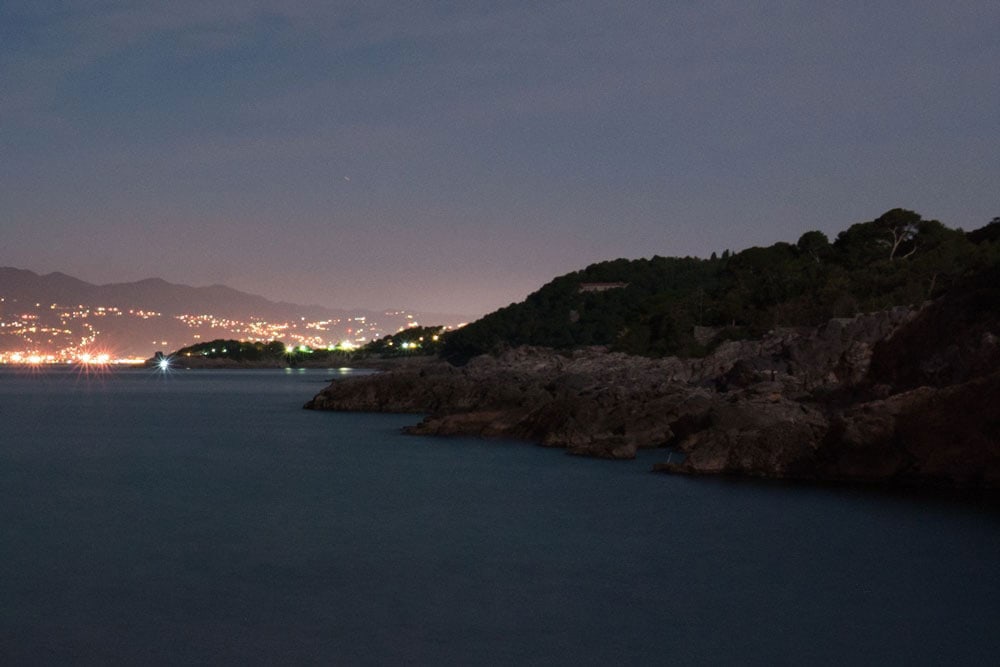 We have seen how the filter behaves with artificial lights nearby and in the distance, but always in clear sky situations. Often when clouds are present, especially low clouds, light pollution is amplified and is much more difficult to eliminate in post production as the orange cast is irregular. 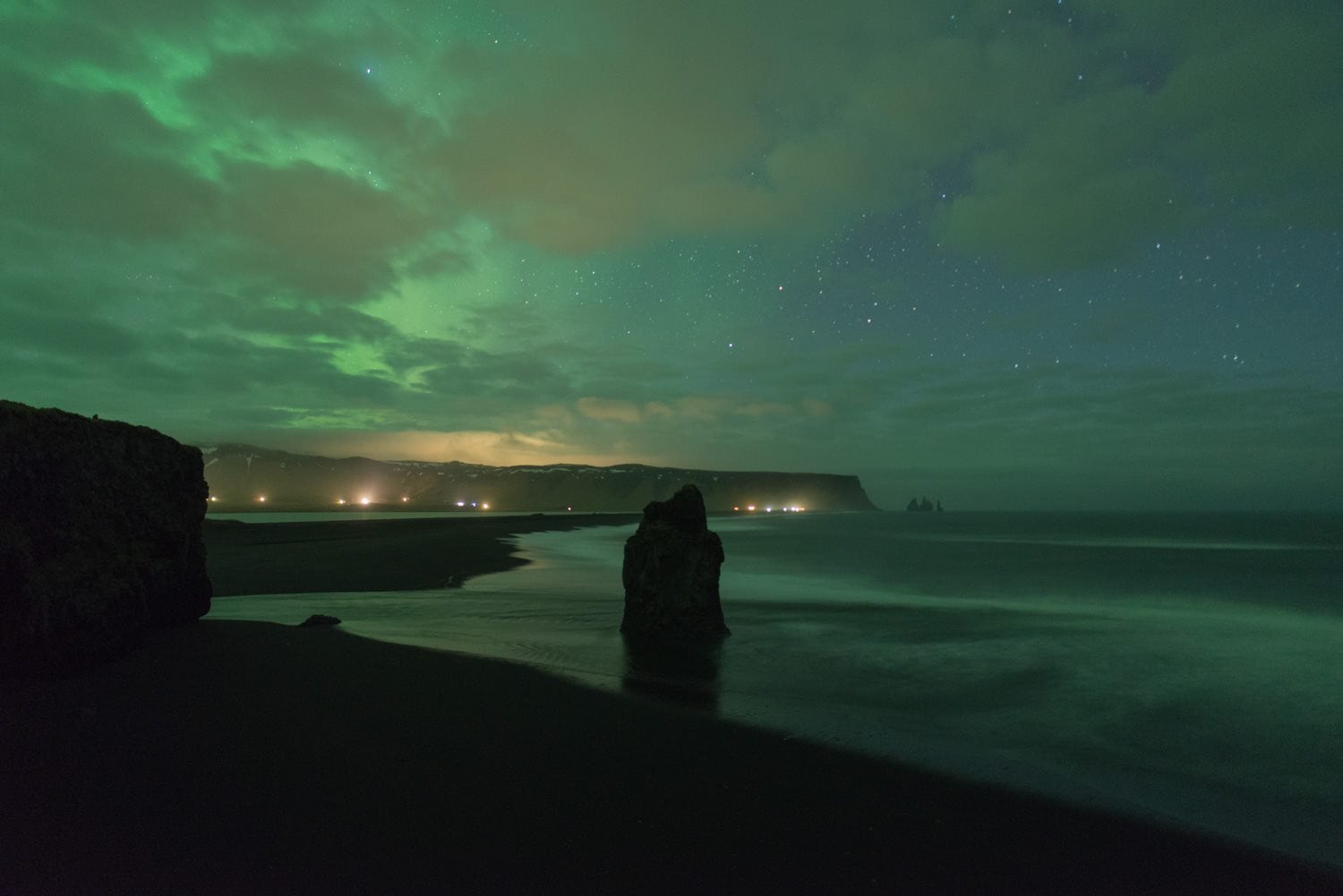 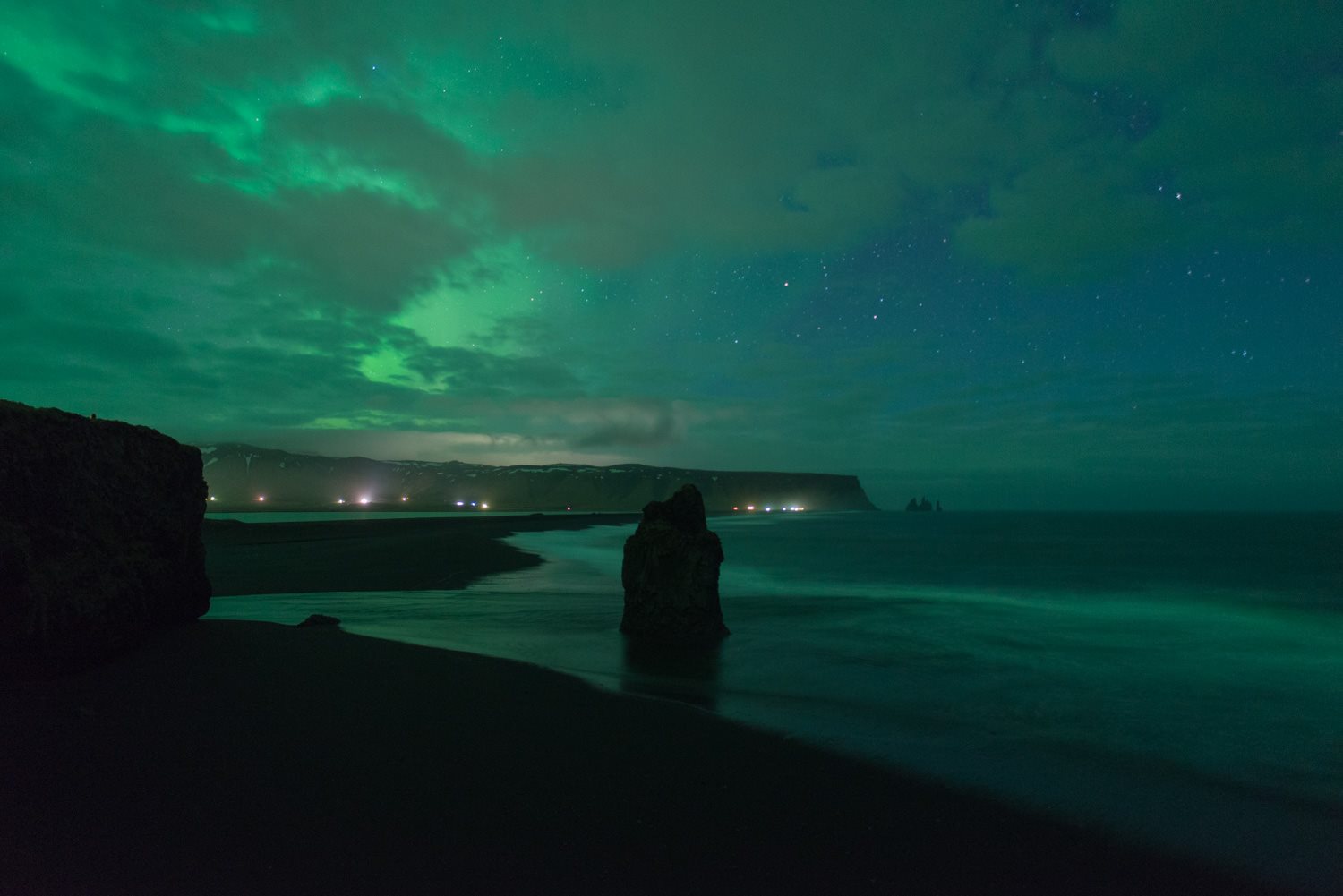 In this case we can see both the effect of the filter on light pollution in the distance and on low clouds and on the northern lights. The white balance is 3350 Kelvin on both shots, without any type of post production. The light at the foot of the cliff at the bottom is clearly reduced and catches much less attention, while the orange cast on the cloud below and the other clouds has been largely reduced if not completely eradicated.

This result is very difficult to achieve in post production because it requires a selective correction of the WB and of the dominant colours. A technique which takes time and no small amount of ability to recover what would otherwise be a ruined photo.

Unfortunately, the total absence of light pollution is a very difficult situation to find. But in some places, situations and in particular shots we can find ourselves in front of a sky with little light pollution, or at least not as evident as in the shots shown above. As we mentioned at the outset, these types of filters are widely used in deep space photography, and even in situations without obvious pollution they help to have a starting file with more contrast and improved visibility of the stars. 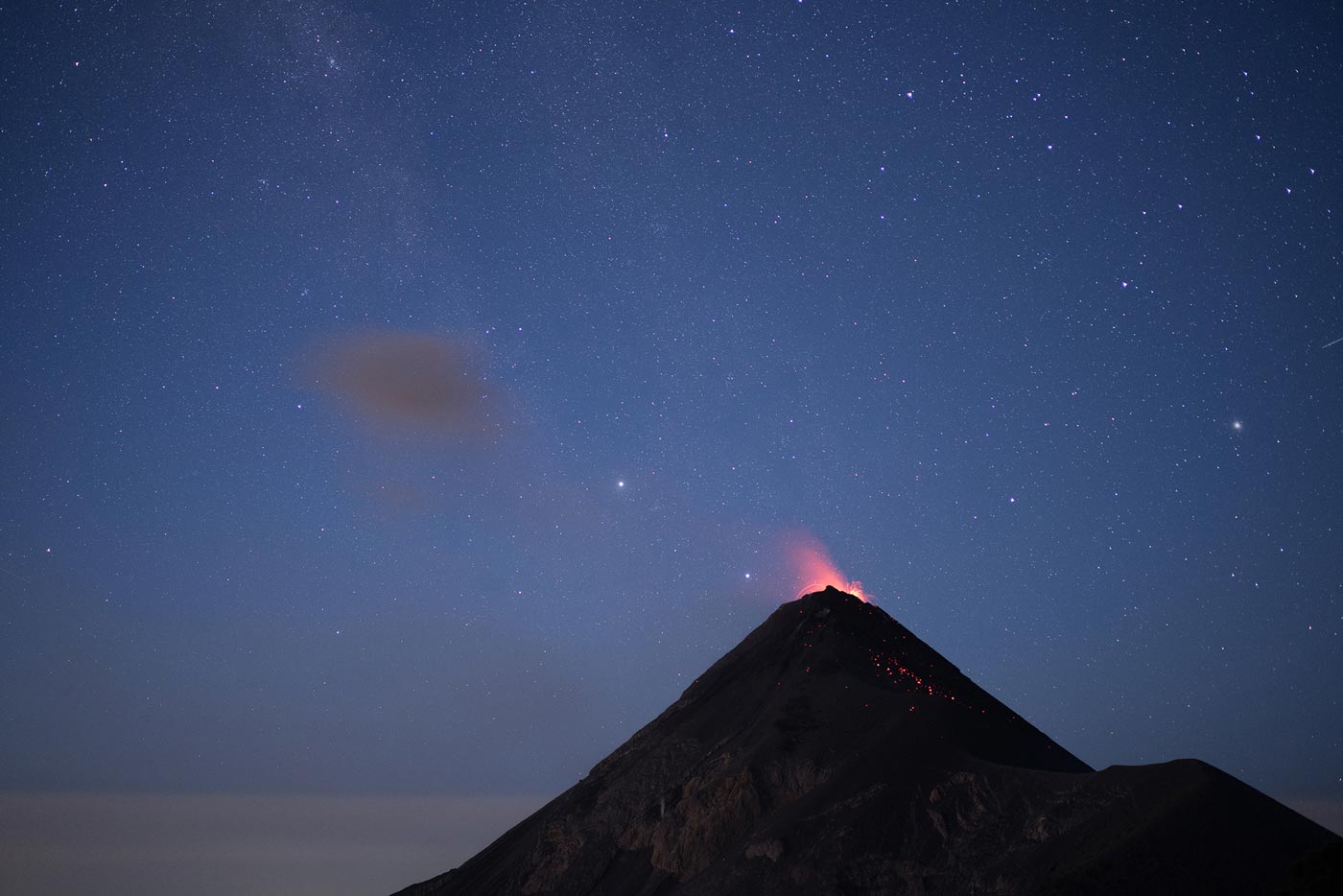 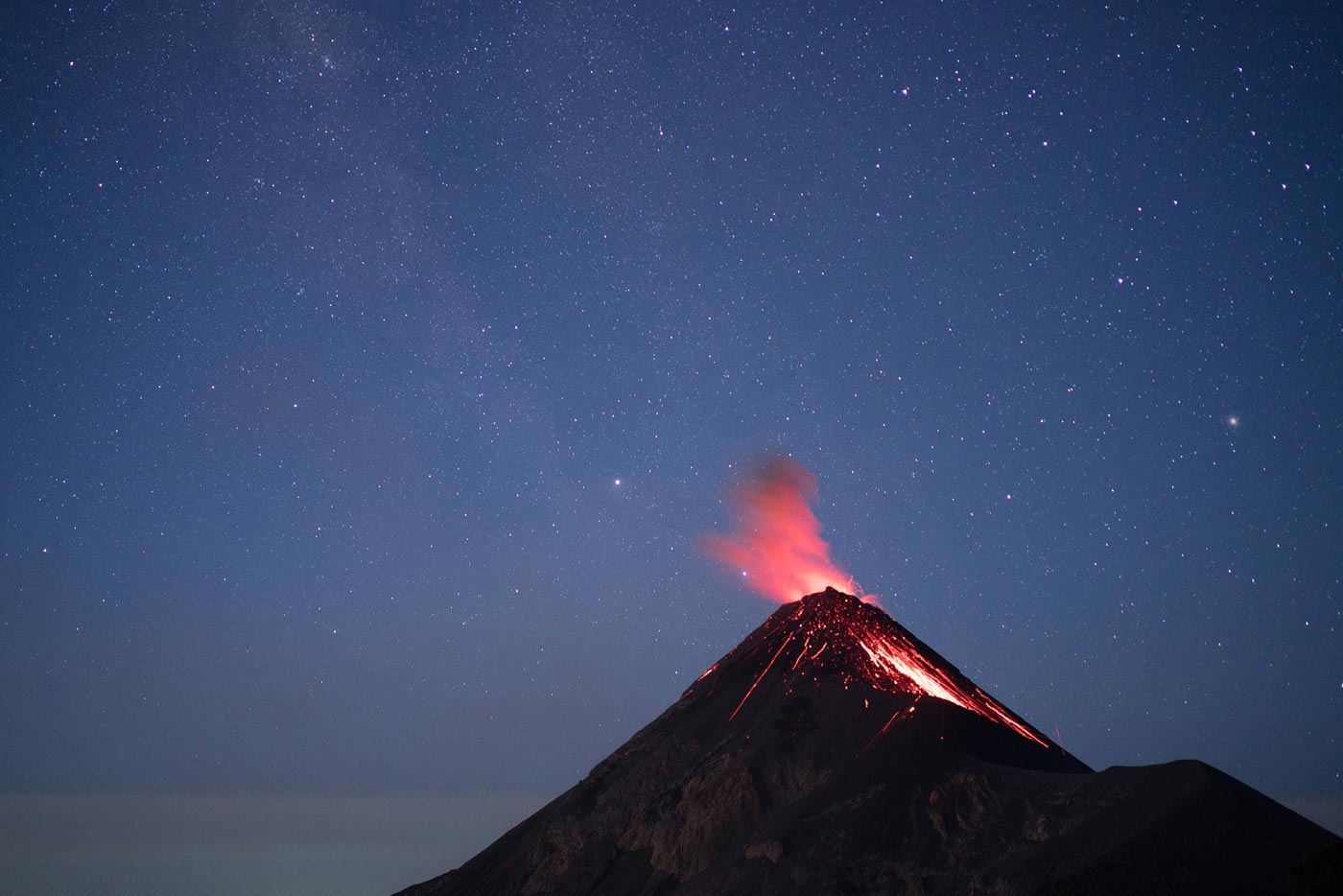 The photo with the filter has not been retouched except in setting the same WB in order to show only the differences introduced by the filter. At least 3 differences emerge from the comparison: 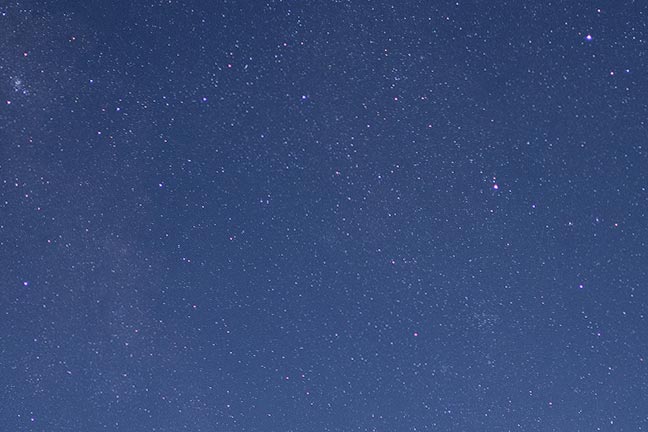 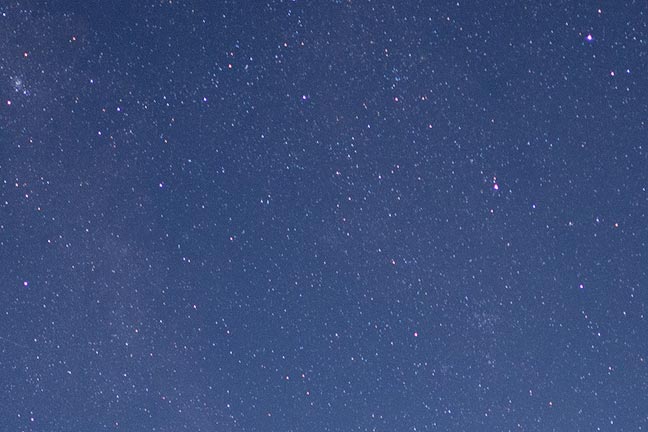 The third point is vital, we observe a crop of the two aligned shots that allow us to clearly appreciate the improved visibility of the night sky thanks to the NiSi Natural Night filter.

The improvement is visible even with a single shot and without post production. With foundation images of this quality it is possible to achieve an even more spectacular result.

From this shot we can also check the actual light absorption of this filter. In fact, the reduction of light is mainly due to the blocking of the wavelengths of the artificial lights, without these lights the general brightness drops, but all the sources of non-artificial light (like the moon or the stars) are not blocked. The light emitted by these celestial bodies is not reduced by an appreciable level, on the contrary, by improving the visibility we can even observe an increase in brightness of them for the same exposure, as observed in the example photo above. In the case of a direct shot of the  Milky Way in conditions of low light pollution, it is not strictly necessary to increase the ISO, since the brightness of the Milky Way will be very similar or greater.

NiSi has produced the Natural Night filter in the sizes 100x100mm, 150x150mm and circulars from 40.5 to 95mm, the yield is maximised thanks to the best quality lens grade optical glass available on the market exclusively for NiSi.

For shooting and night photos with your DJI drone, the NiSi Natural Night filter is available both in a single version for some drones, and in a kit together with other NiSi filters

Subscribe to our newsletter and get a 5% welcome discount for your first order*!

No spam, promised. We will occasionally send communications about promotions, photographic courses, news and events.
*you will automatically receive the discount code at the chosen email, valid for one purchase (not reusable and not cumulative).

Do you give us permission to use third-party cookies? OK! Tell me more

If you ship to UK please visit nisioptics.co.uk, we offer product shipped from UK, with no custom hassle and fast shipping. Payment in GBP.

If you ship to EU countries, please visit nisioptics.co.uk/euro, fulfilled by our EU warehouse for custom-free and faster shipping. Payment in EUR.

Shipped from UK
Payment in GBP

Shipped from UE
Payment in EUR